In Expectations vs Reality, the final creative project for my bachelor's degree, I take inspiration from vintage travel posters but introduce a twist by overlaying them with an issue from the particular country being advertised. The oftentimes invisible struggles of the local communities now become known to potential visitors; the dirty laundry has been hung out to dry for everyone to see. It is a dose of reality in contrast to the beautiful imagery we’re used to seeing in this context.
In choosing the problems to highlight, I aimed for those that mistreat whole groups of people, categorized by race, ethnic status and religion, gender and sexuality, and, in the case of Venezuela, the whole population, other than the very wealthy. These issues affect these communities deeply and systemically; in some cases, the government isn’t willing to do much, in other cases, it is the perpetrator. 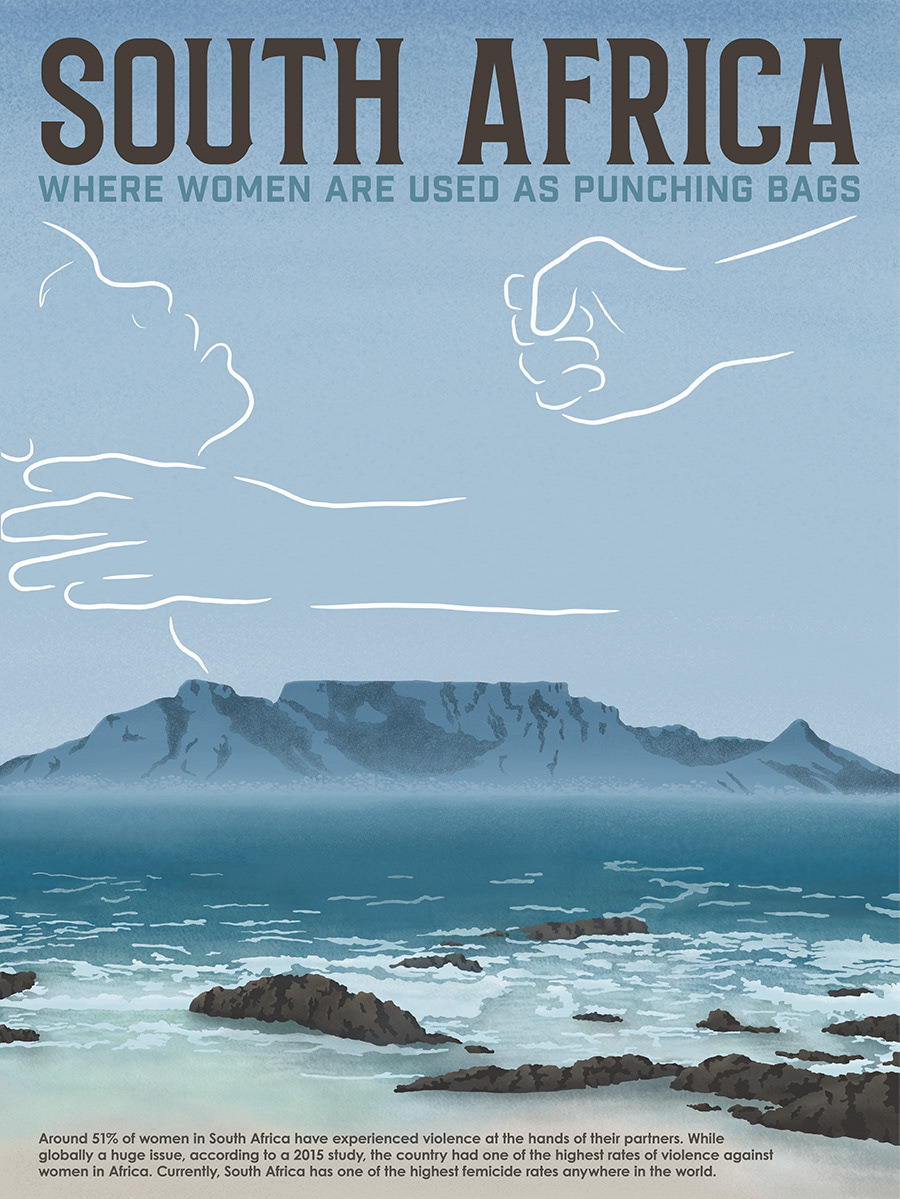 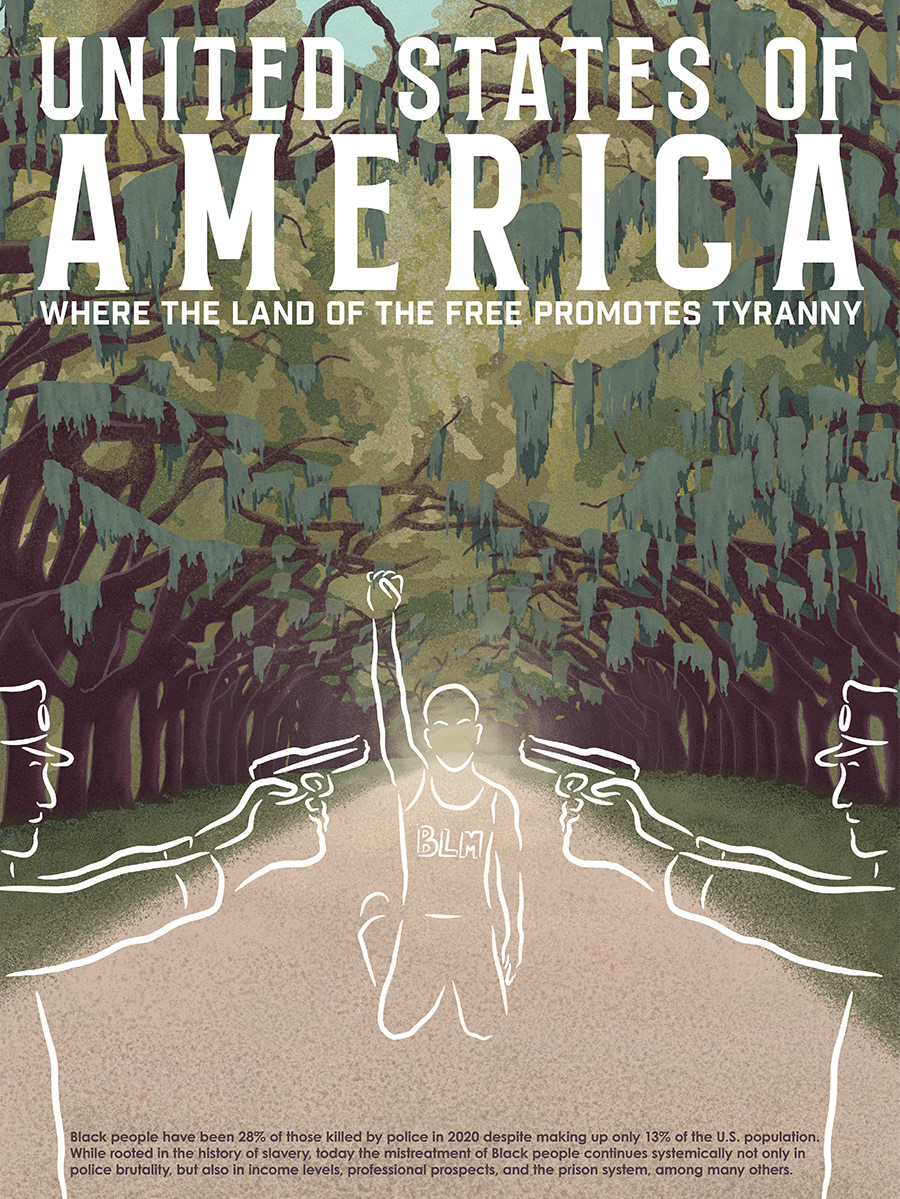 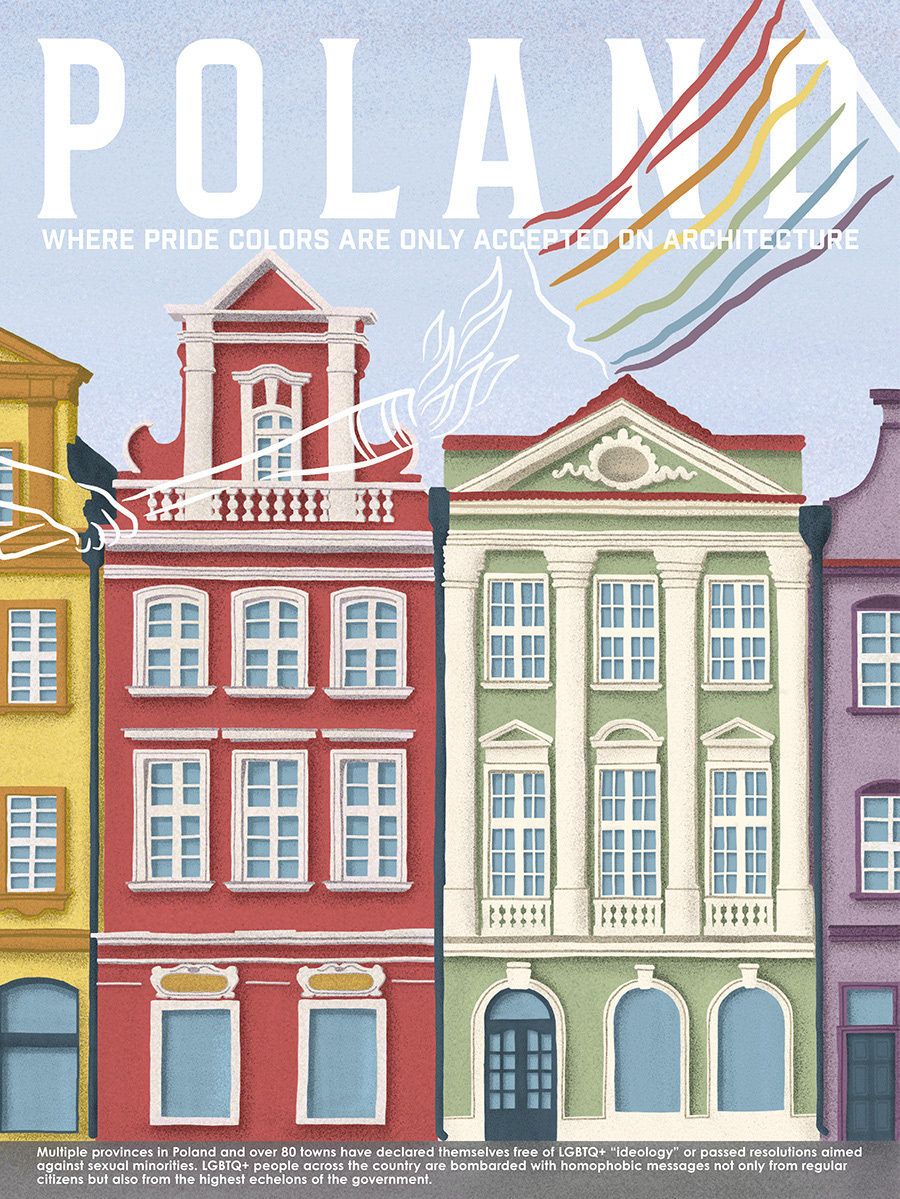 South Africa
Around 51% of women in South Africa have experienced violence at the hands of their partners. While a huge issue globally, according to a 2015 study, the country had one of the highest rates of violence against women in Africa. Currently, South Africa has one of the highest femicide rates anywhere in the world.
United States of America
Black people have been 28% of those killed by police in 2020 despite making up only 13% of the U.S. population. While rooted in the history of slavery, today the mistreatment of Black people continues systemically not only in police brutality, but also in income levels, professional prospects, and the prison system, among many others.
Poland
Multiple provinces in Poland and over 80 towns have declared themselves free of LGBTQ+ “ideology” or passed resolutions aimed against sexual minorities. LGBTQ+ people across the country are bombarded with homophobic messages not only from regular citizens but also from the highest echelons of the government. 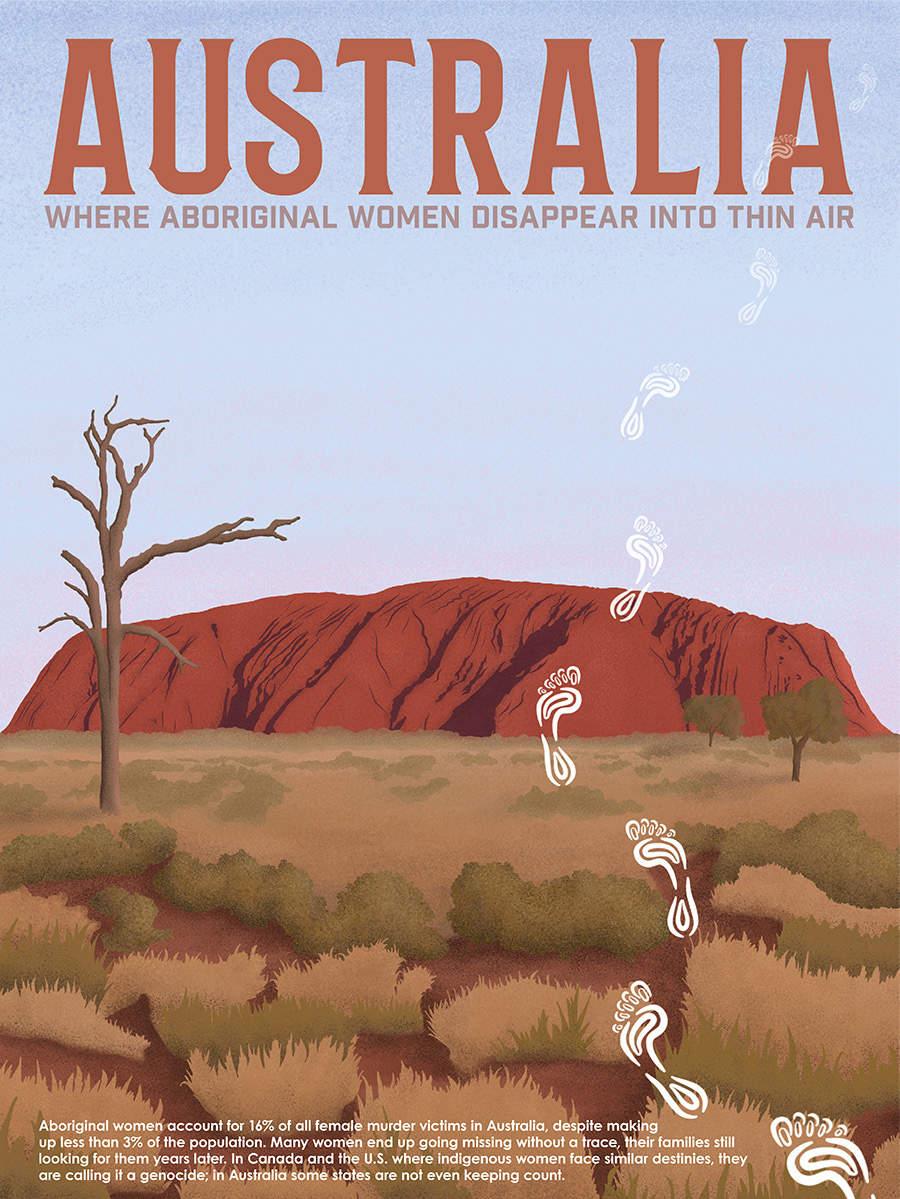 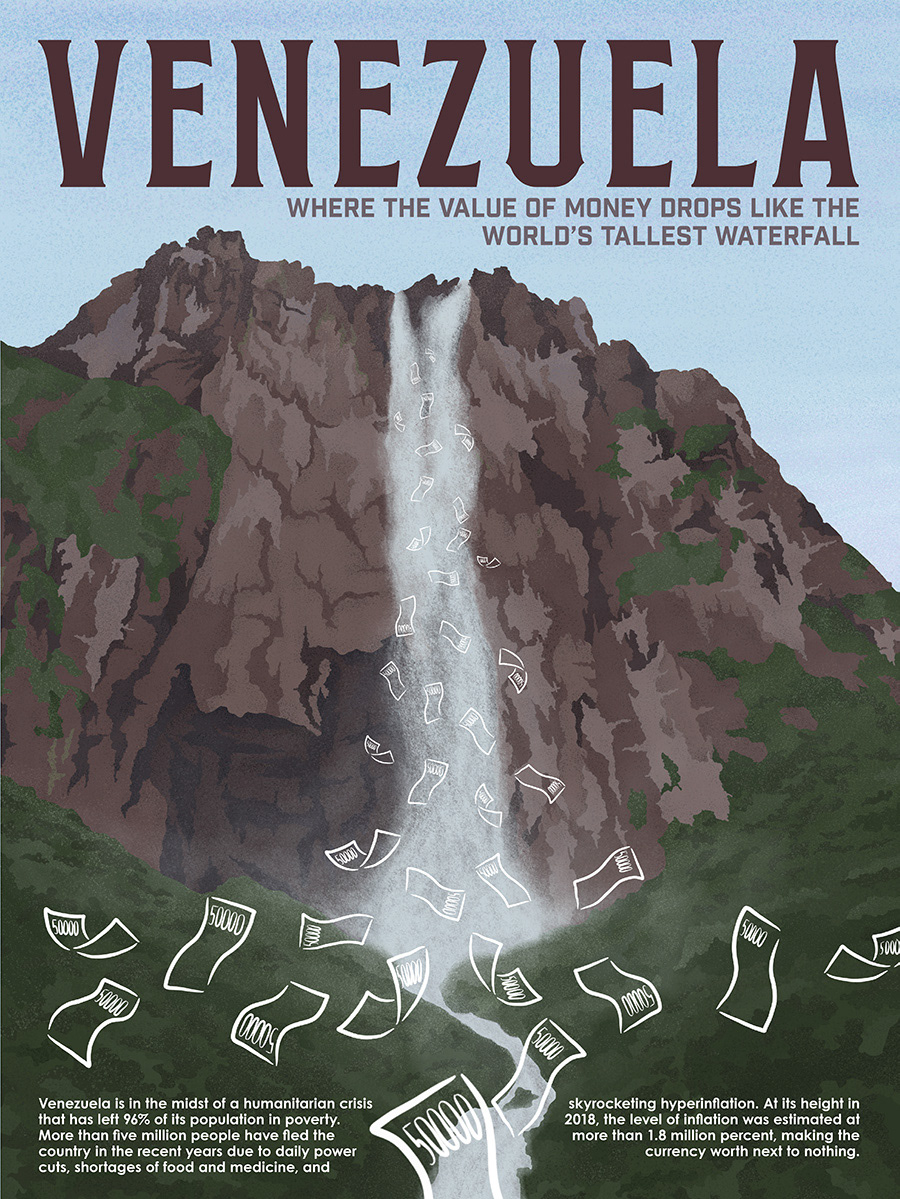 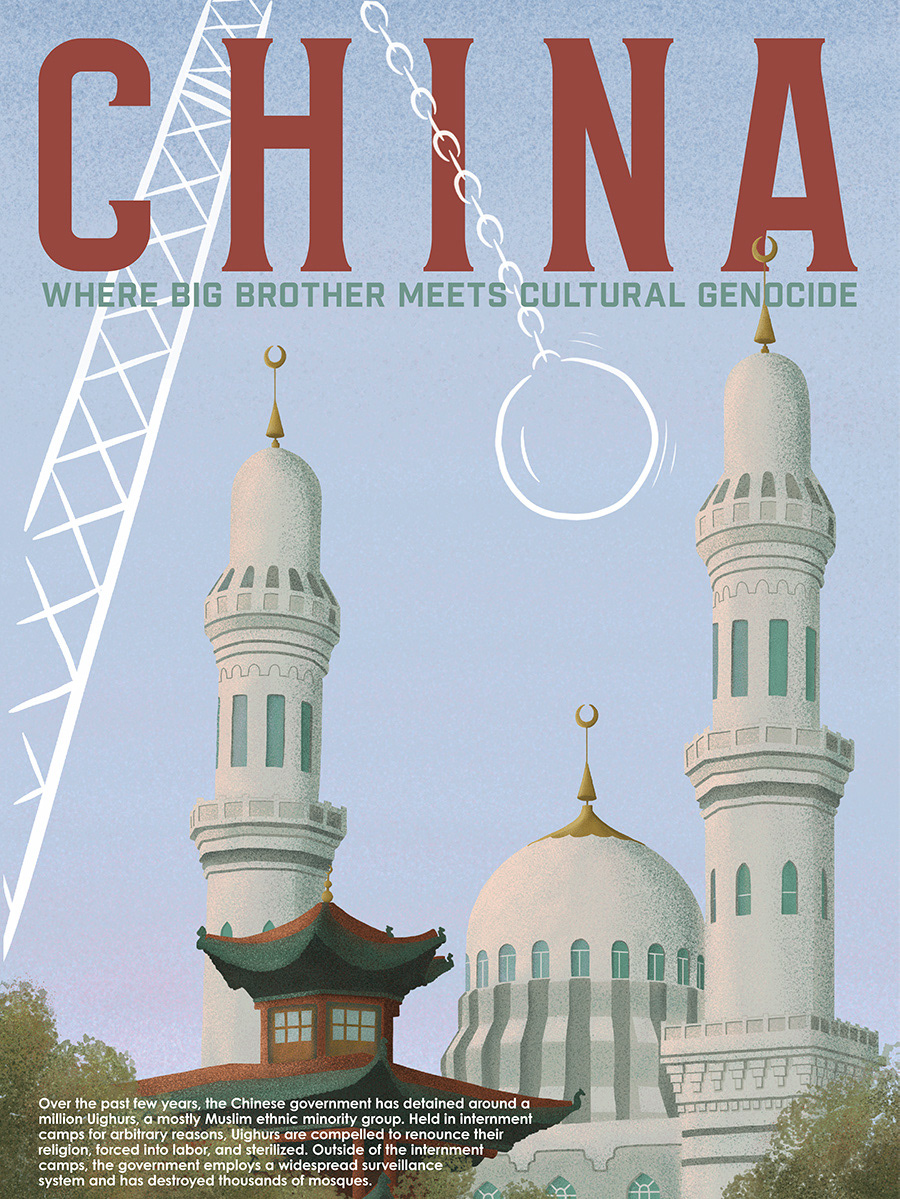 Australia
Aboriginal women account for 16% of all female murder victims in Australia, despite making up less than 3% of the population. Many women end up going missing without a trace, their families still looking for them years later. In Canada and the U.S. where indigenous women face similar destinies, they are calling it a genocide; in Australia some states are not even keeping count.
Venezuela
Venezuela is in the midst of a humanitarian crisis that has left 96% of its population in poverty. More than five million people have fled the country in the recent years due to daily power cuts, shortages of food and medicine, and skyrocketing hyperinflation. At its height in 2018, the level of inflation was estimated at more than 1.8 million percent, making the currency worth next to nothing.
China
Over the past few years, the Chinese government has detained around a million Uighurs, a mostly Muslim ethnic minority group. Held in internment camps for arbitrary reasons, Uighurs are compelled to renounce their religion, forced into labor, and sterilized. Outside of the internment camps, the government employs a widespread surveillance system and has destroyed thousands of mosques.