This brochure depicts William Morris’ work but is arranged so that elements from his patterns are interacting with the text. While having lived in the 19th century, he valued the craftsmanship of the Medieval times which is why I opted to use drop caps from that period throughout the booklet, which is conceptually more fitting. At the same time, I chose to contrast the older writing with a modern sans serif typeface to bring his work into the 21st century. By cutting out pieces from the patterns, more attention can be placed on individual elements. 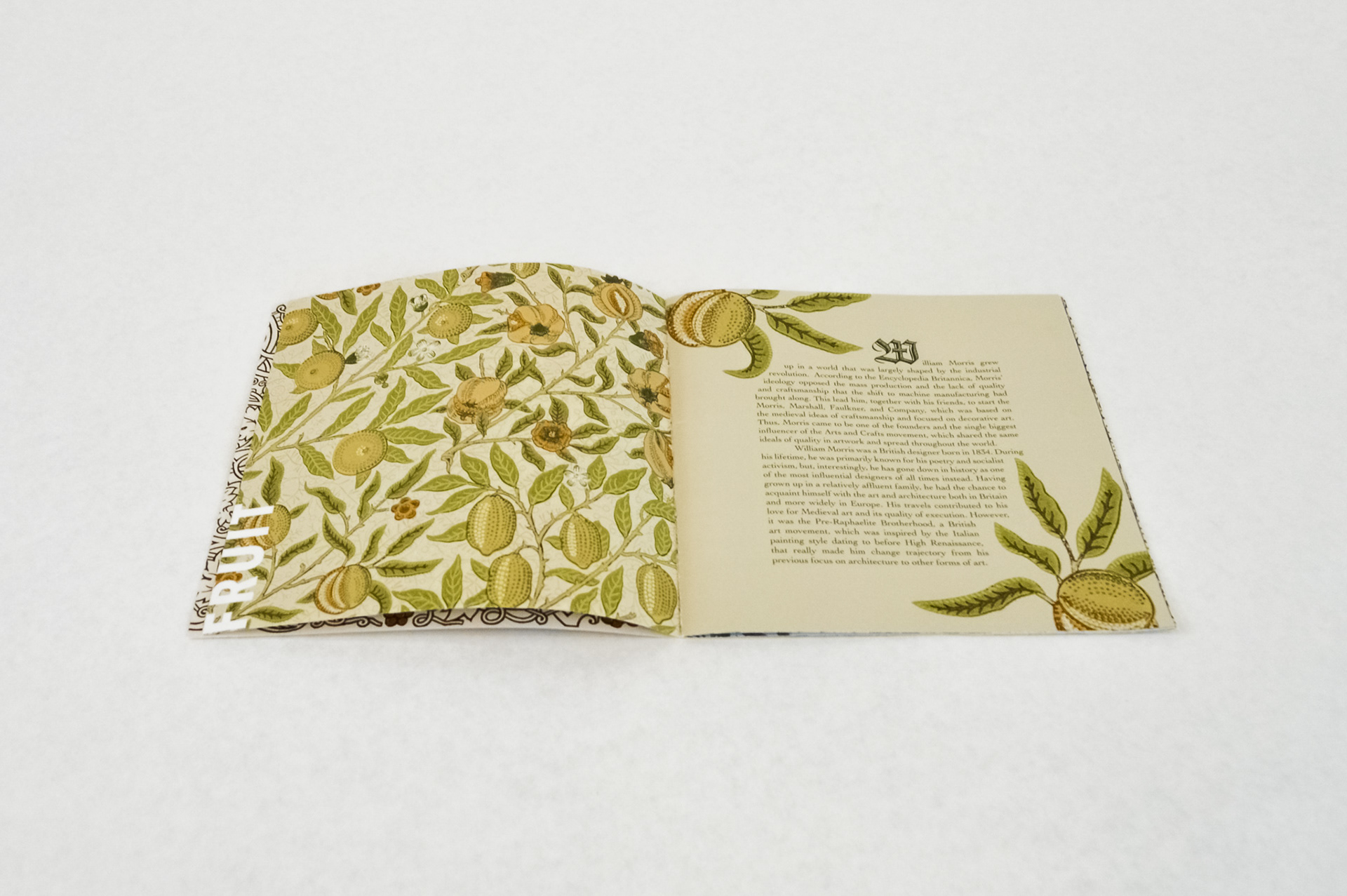 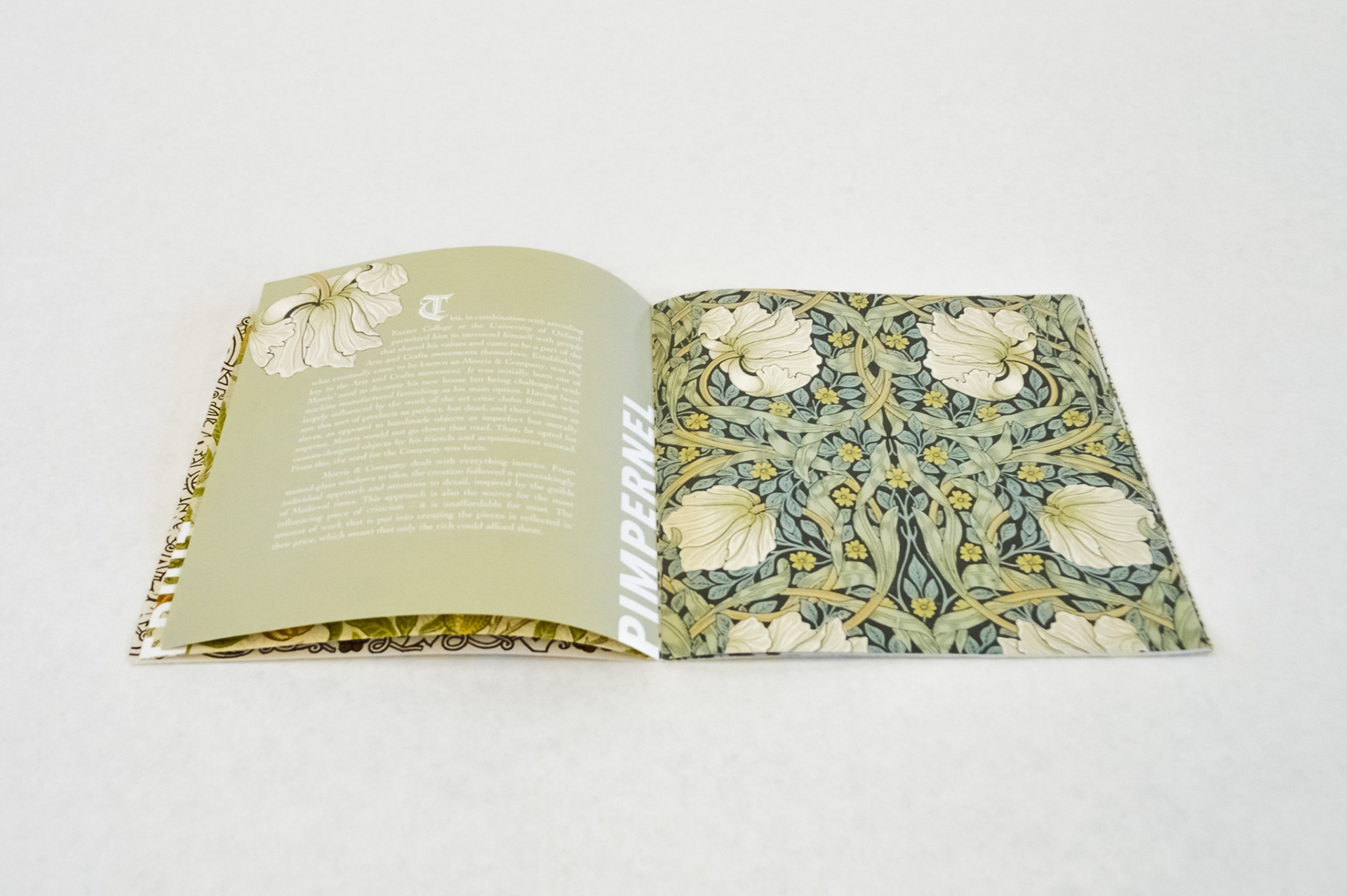 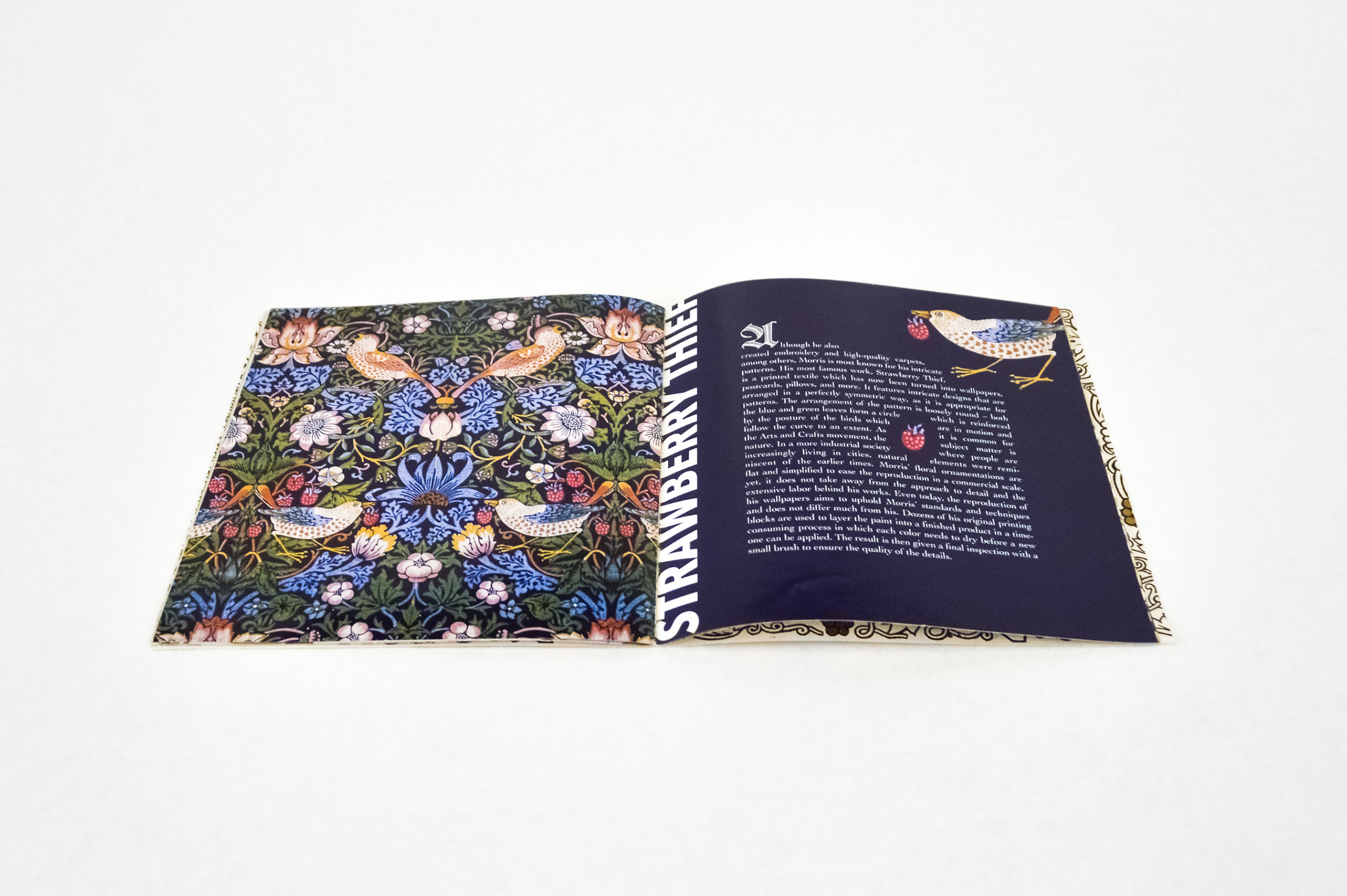 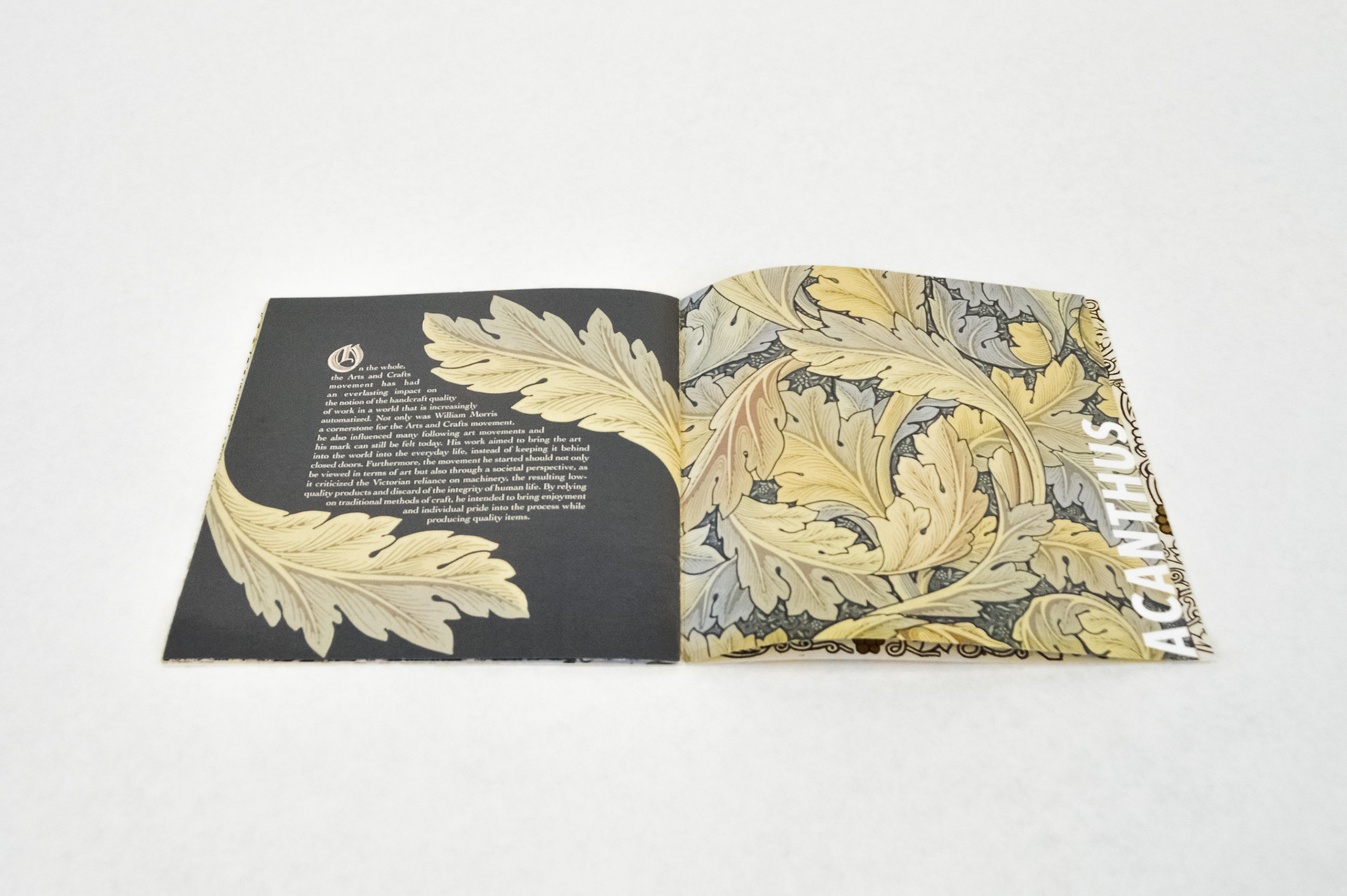 I do not claim any ownership of Morris’ works.

Logos through design movements
logo design
↑Back to Top